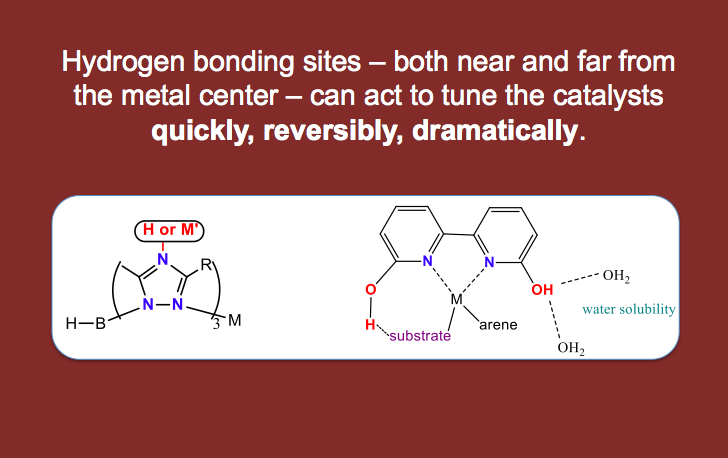 One underlying theme of research in my group is catalysis. Catalysis involves getting molecules to react to form products with less energy input; thus catalysis is energy efficient and it is often also atom economical. A second theme of research in my group involves the activation of small molecules, since molecules like water, hydrogen, and carbon dioxide are readily available but difficult to use for chemical reactions. In attempting to do chemistry with these molecules and others, we look to metalloenzymes (nature’s catalysts) for inspiration since nature performs chemical reactions under mild conditions and at extremely fast rates. A third theme of my research is designing water-soluble compounds with proton responsive ligands. The use of water soluble organic molecules (ligands) that can bind to metals should allow us to create catalysts that do not require the use of organic solvents, thus decreasing how much hazardous waste is generated in chemical reactions.

Doing chemistry in water also allows us to use pH as a switch — to activate (or deactivate) a catalyst by a pH change.  In this way, proton responsive ligands can allow for “smart catalysts” whereby the experimenter can change the catalytic properties instantly by adding acid or base (rather than changing the catalyst with time consuming synthetic steps).  We think of these proton responsive catalysts as being tuned quickly, dramatically and reversibly by changes in pH!

We are inspired by the use of hydrogen bonds and proton transfer events to control catalysis in both natural and man-made catalysts.  The types of reactions we catalyze are those that are relevant to energy sources and energy storage and those that are relevant to human health.  We work on two main projects in the group: 1) organometallic catalysis using both earth abundant and precious metals and 2) a ruthenium anticancer project. Other projects are in progress for which results are too preliminary to post to the world wide web, ask Dr. Papish about these in person! 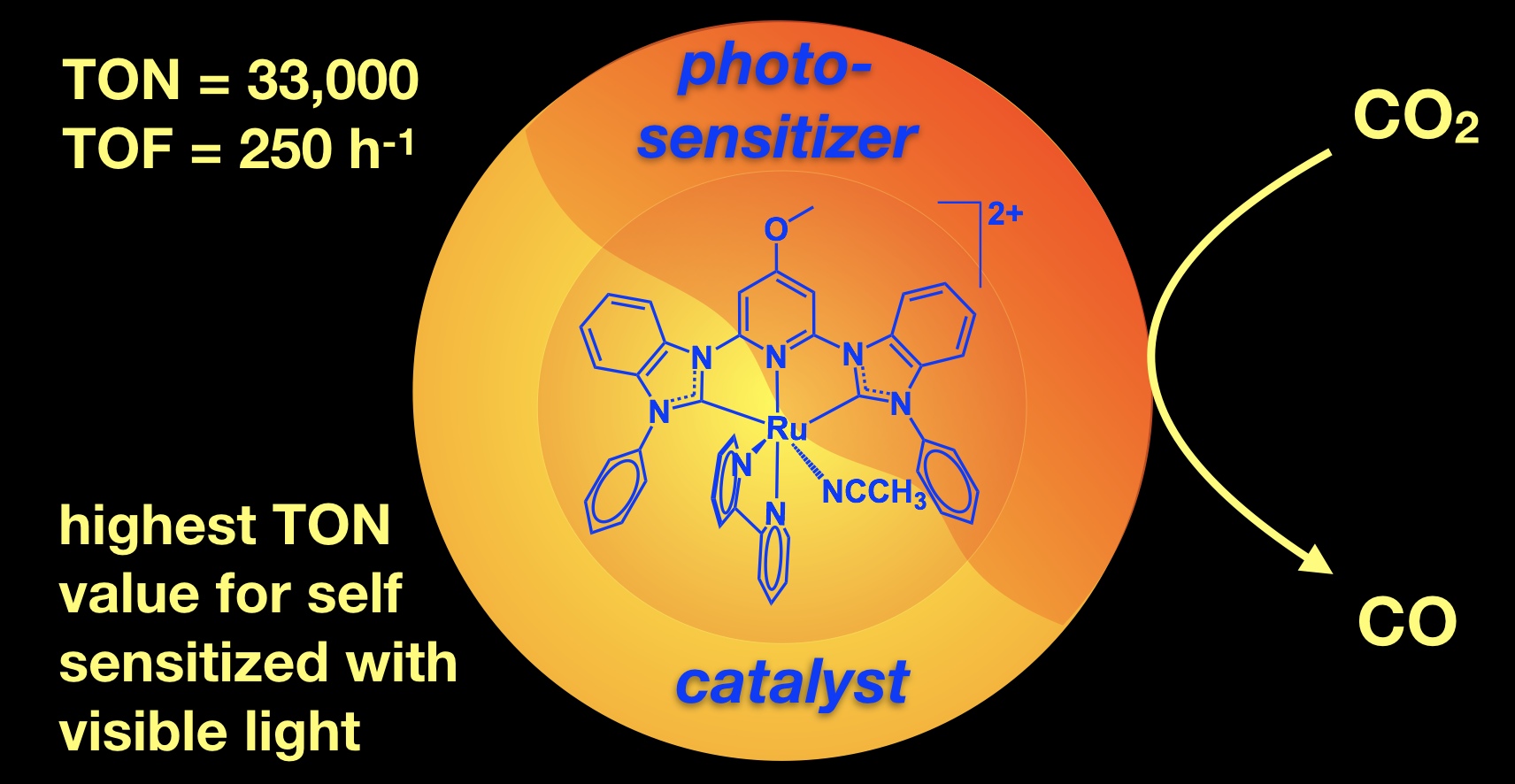 Back cover image for our recent Ni CO2 reduction paper: 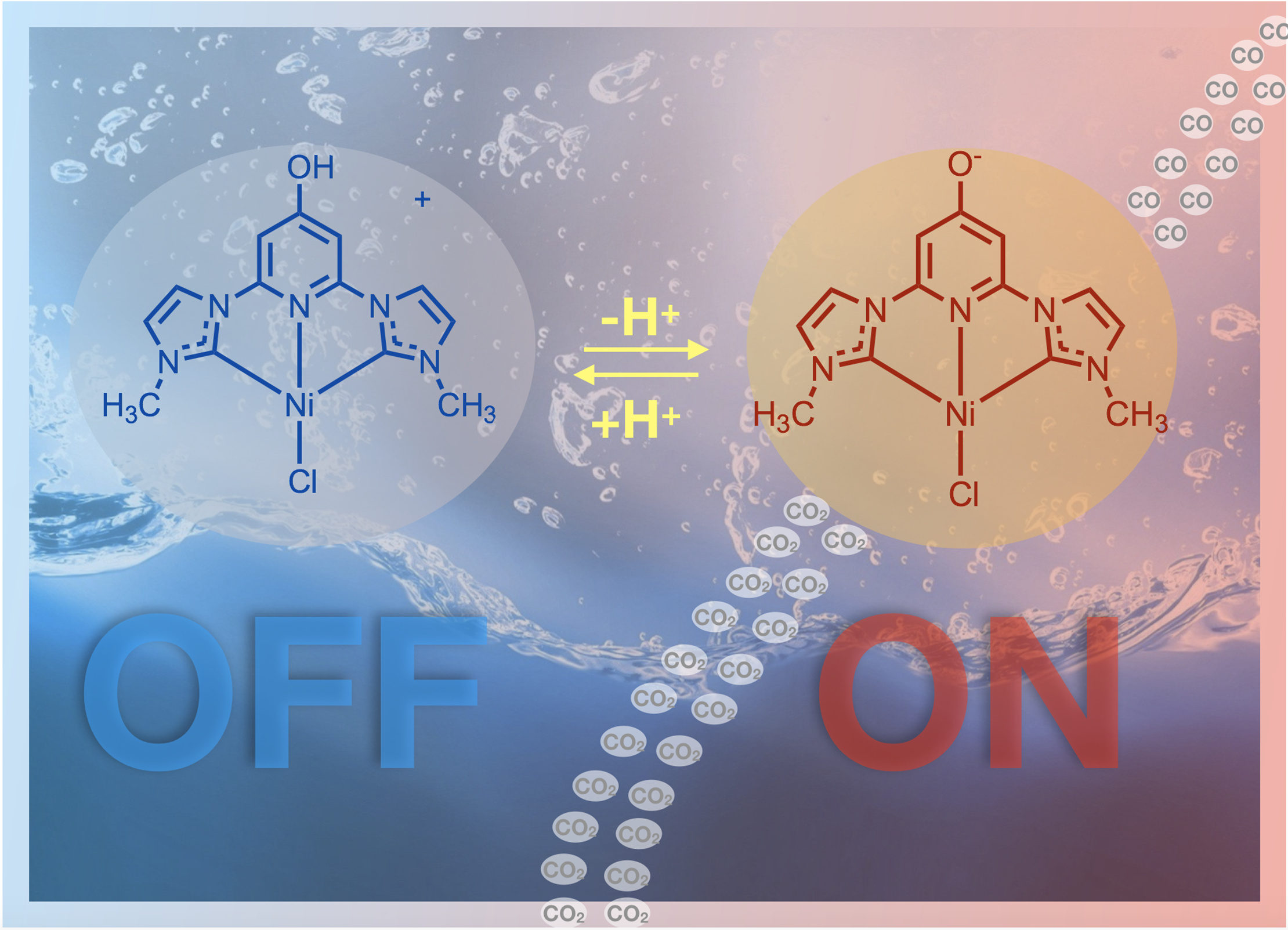 For a general introduction to this project, please see our video.

Understanding this project is as simple as understanding resonance.  Two resonance forms can be drawn for the fully depronated dihydroxybipyridine (dhbp) ligand:

The resonance form on the right means that deprotonated dhbp binds to a 2+ metal more strongly than neutral dhbp.  This fact, combined with the fact that cancer cells have lower pH due to higher rates of metabolism means that the protonated form of the [Ru](dhbp) complex (the dicationic species) should be the dominant species outside of cancer cells, but the deprotonated ligand should be dominant outside of normal cells (leading to a neutral Ru complex).  This can lead to differences in uptake and differences in light activation for the neutral vs. dicationic Ru complexes.  Our publications  have illustrated proof of principle for a ruthenium prodrug that can be selective for cancerous cells.  It appears that this complex is be more toxic to cancerous cells than normal cells due to the vulnerability of cancer cells to reactive oxygen species (ROS). This project is dedicated to Jessica Bongiovanni, a former student in the Papish group who passed away from bone cancer in 2012. Following our first publication in 2014 on this topic, we followed up with reports in 2017, 2018, and 2019  and we are seeking NIH funding for this project. 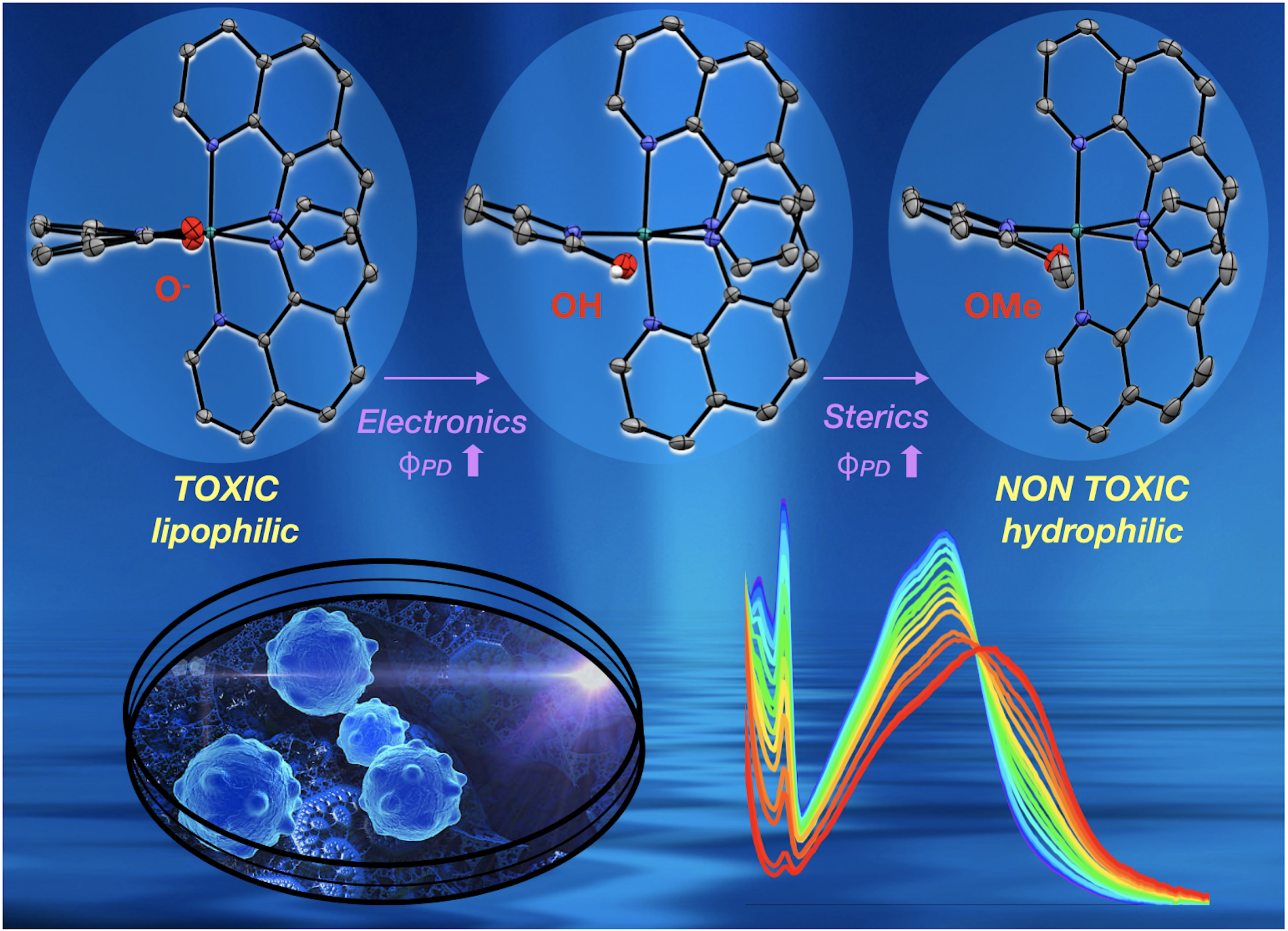 New Projects – Talk to Dr. Papish about this in person, as this work is in progress.  We are always coming up with new ideas and new uses for our ligands and complexes.  If you are a student interested in our group, stop by and ask what new projects we have recently started.

Student Learning Outcomes.  Over the past 16+ years (2003-present), I have had many students (over 50 undergraduates, 18 graduate students, 5 postdoctoral fellows) working with me on these projects. Students in my group have gained hands on experience in organic synthesis, inorganic synthesis, handling air sensitive materials, various forms of spectroscopy, and reactivity studies. But more importantly, they learned how to design control experiments and ask the sorts of questions that would allow new chemical information to be discovered. I try to help students learn for themselves how to think critically and solve problems.